Located in the Village of Wind Point in Racine County, Wisconsin, the Wind Point Lighthouse stands 108 feet tall and is listed on the National Register of Historic Places. The lighthouse was built in 1880 and was designed by Orlando Metcalfe Poe who had served in the Civil War as a Brigadier General. It was lit for the first time on November 15, 1880 and continues to be lit to this day.

The lighthouse and park grounds were transferred from the U.S. Coast Guard to the Village of Wind Point in 1997. The lighthouse caretakers reside in the keeper's quarters and help maintain the park grounds which are open to the public daily. The lighthouse tower is open for public tours on certain dates during the year. The hall and south lawn of the grounds are available to rent for weddings and special events. The hall is also used as the official meeting location for the Wind Point Village Board on the second Thursday of each month.

Initially, one member of the Coast Guard lived in the lighthouse keepers quarters with his family. When the quarters were remodeled in 1899, they created two additional living quarters, which allowed three families to live on the premises to share the responsibility of keeping the light on. In 1964, the Coast Guard automated the light, so staff was no longer needed. At this point, the Village of Wind Point took responsibility for the care and maintenance of the lighthouse and grounds, so a new family was hired to care for the property and reside in the quarters.

Today, Joseph and Mary Ann Huser serve as caretakers of the lighthouse grounds. A list of Coast Guard keepers can be found here. For an inside peek of the caretakers quarters, check out this article from the Milwaukee Journal Sentinel. 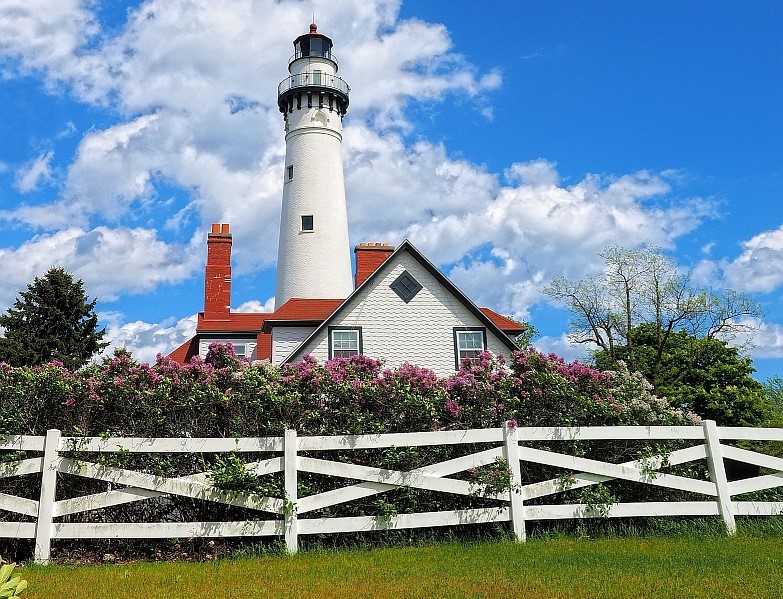 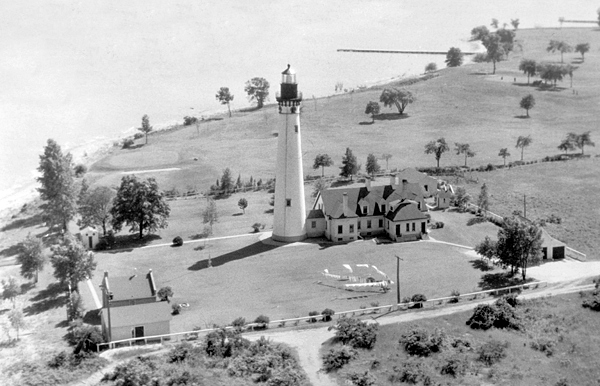 Aerial view of the lighthouse in 1947. 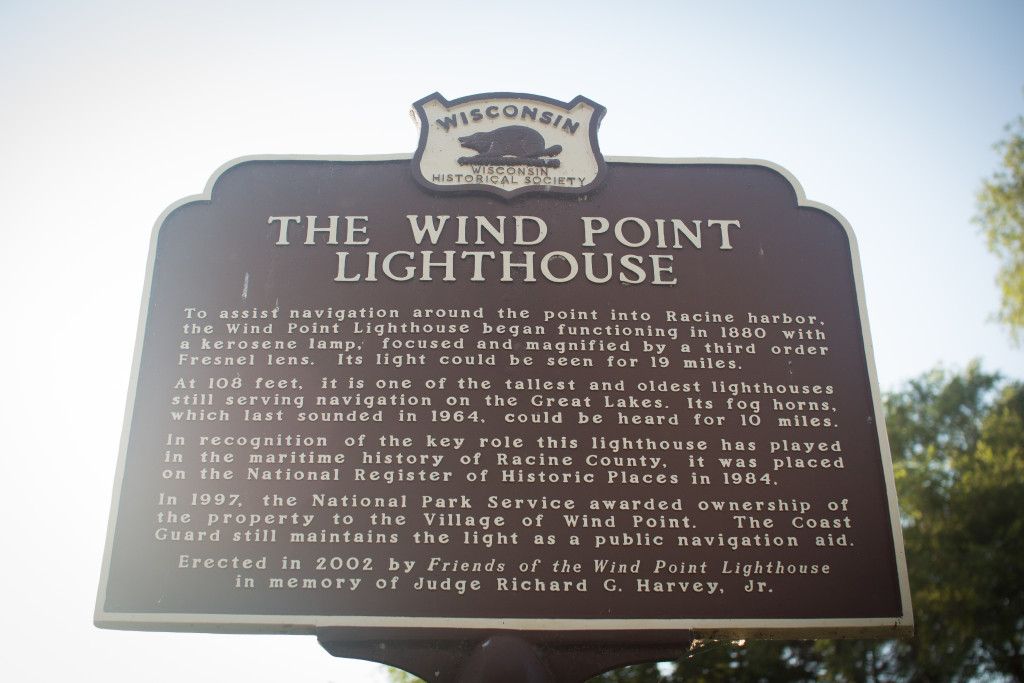 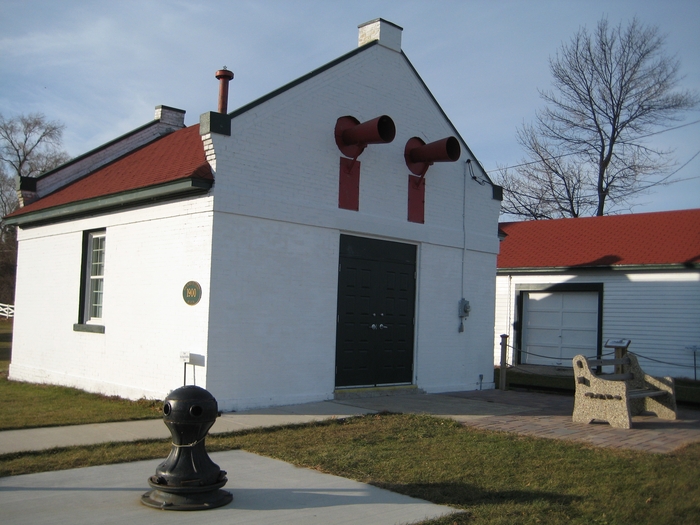 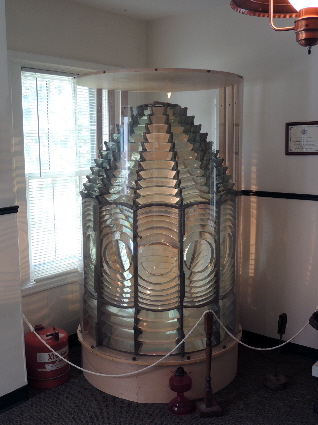 Fresnel Lens on Display in the Hall